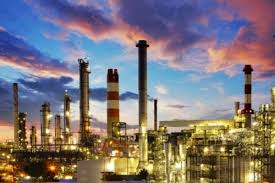 Electricity rates for the country’s industrial sector appear likely to be maintained at lower levels in 2015, as has been demanded by industrialists, but a revised fomula will be implemented to arrive at these prices, yesterday’s extraordinary shareholders meeting at PPC, the Public Power Corporation, has indicated.

Based on the meeting’s developments, industrial consumer rates will not be discounted to offer energy-intensive producers favorable rates, but, instead, offered as the result of various reduced operating costs at PPC.

These include a new lower-cost Capacity Availability Tickets (CATs) framework, and a “disruption management” policy, enabling energy cost savings for major-scale industry in exchange for a reduction in energy consumption whenever required by the system operator. A  measure intended to offset emissions-related costs for industry will also be taken into account.

The State has advised PPC to pass on the savings that may result through this assortment of measures to the industrial sector in the form of lower rates.

Otherwise, it was decided, at yesterday’s meeting, that the electricity market’s changing landscape will need to be further examined, which all boils down to meaning that local industry can anticipate that the level of electricity rates offered by PPC in 2014 will be, more or less, maintained in 2015.

Industrialists welcomed the news after fearing unfavorable rate policy changes in the lead-up to the meeting.