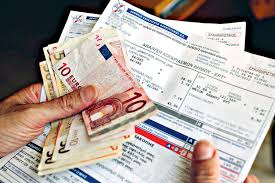 The state, and not PPC, the Public Power Corporation, will take on the cost of the newly elected Syriza-led government’s pre-election promise of providing free electricity to 300,000 vulnerable households, an official of the leftist party has told energypress.

The gesture is expected to be one of the first legislative initiatives to be taken by the new government.

In preceding comments, Deputy Prime Minister Yiannis Dragasakis, a veteran leftist and one of the Syriza party founders, alluded to the fact that the state would take on the cost of the free-electricity plan during remarks offered to reporters yesterday.

A clearer picture of the plan may be presented today by Production Reconstruction, Environment and Energy Minister Panayiotis Lafazanis. PPC’s share price has been hammered at the stock exchange following last Sunday’s snap elections, prompting the need for clarification on the free-electricity plan.

If PPC were to take on the cost of this socially supportive policy, the utility would be faced by the prospect of bankruptcy. Over the past two-and-a-half years, PPC has had serious trouble collecting payments for electricity bills. Unpaid overdue electricity bills have reached an alarming level of over two billion euros, prompting a detrimental domino effect on the country’s entire energy market, burdened by widespread cash-flow problems.