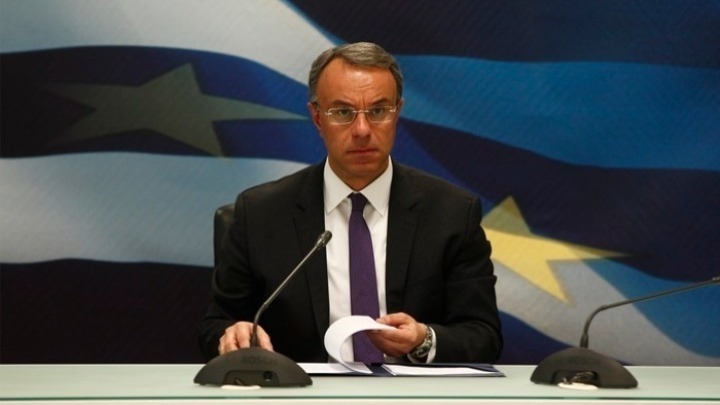 The Greek government has a total of 37 billion euros available to support the economy, in addition to European measures, to deal with the recession caused by the health crisis, which is estimated at around 4 pct of GDP, Finance Minister Christos Staikouras said on Sunday in an interview with SKAI TV.
The minister announced that starting this week, the special purpose financial aid of 800 euros will be paid to businesses and workers affected by the coronavirus, while the 400-euro economic support will be given to scientists by April 15.
“We are ready to implement the package of measures in May and June too without any cash problems,” said Staikouras, while clarifying that there is no issue of reducing salaries and pensions.
“Based on current figures, recession is estimated over 3 pct, close to 4 pct. Recession has to do with the extent of the problem and the possible recurrence of the problem throughout the year. Safe assessments cannot be made, but most estimates show a deep recession,” he said, adding: “The impact on tourism in the summer has also been taken into account. Targeted actions for the field of tourism have also been planned.”
“The measures will cover part of the loss of national wealth. We are using a lot of weapons, but we are also keeping supplies for the next day when the crisis is over. There is a 15.7 billion euro buffer, and about 20 billion euros is the cash available of the state and the government entities to the commercial banks and the Bank of Greece. It is taxpayers’ money that we must use in the best possible way”, Staikouras underlined.