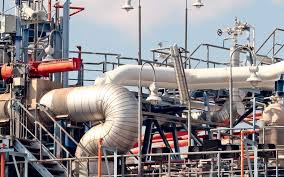 DESFA, the natural grid operator, has posted a spectacular profit increase for 2017, up 149.4 percent, as well as increased turnover and cash reserve figures, all of which boosts expectations for a higher sale price that may be achieved in an international tender offering 66 percent of the enterprise.

Italy’s Snam, Spain’s Enagás Internacional and Belgium’s Fluxys formed a consortium to submit a joint bid. Another Spanish entry, Regasificadora del Noroeste (Reganosa Asset Investments) joined forces with Romania’s Transgaz and the EBRD, the European Bank for Reconstruction and Development, for the other offer.