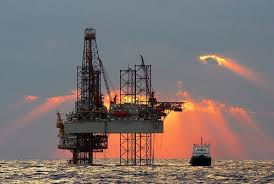 The newly elected leftist Syriza-led coalition government is examining the prospect of utilizing many prized state assets under the umbrella of a new sovereign wealth fund that could be used to cover future social security needs.

Although still at a theoretical stage that lacks specifics, such a fund, along the lines of a government pension fund adopted in Norway, would utilize state assets, including from the energy sector, through various financial tools such as new types of securities, rather than privatizations.

This plan could also take in IPTO, the Independent Power Transmission Operator, despite the Production Reconstruction, Environment and Energy Minister Panayiotis Lafazanis’s cancellation of the previous administration’s effort to privatize the operator.

A rough outline of the intended plan, which could incorporate revenues generated by hydrocarbon exploitation rights as well as state property, may soon be presented in Parliament by the new Deputy Finance Minister Nadia Valavani.

Although an official title has yet to be given to the prospective fund, a number of considerations are already being tossed about, including State Assets Fund and National Wealth and Social Security Fund, as had been mentioned by the Syriza party back in 2012.

Highlighting the new government’s change of strategy, Valavani, last Friday, called for the administration of the State Privatization Fund, or TAIPED, to resign.

A government official was yesterday quoted by Reuters as saying that “Greece will not cancel privatizations that have been completed” without specifying any further.

In any case, energy-sector privatization efforts can be considered all over, which does not mean that certain companies, such as IPTO, cannot be utilized in other ways.