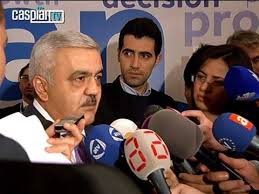 Azeri energy company Socar’s interest in completing an agreement to acquire a 66 percent stake in DESFA, Greece’s natural gas grid operator, stalled by a European Commission investigation over EU law concerns, is believed to be lukewarm, at best.

Remarks offered yesterday by Socar CEO Rovnag Ibrahim Abdullayev, who disclosed the procedure’s deadline has been given a new extension until the end of the year, indicated that the deal is all but over for the Azeri company, which is clearly not in a rush.

According to sources, the European Commission, at this stage, is not responsible for the investigation’s snail-paced process, but, on the contrary, the negotiating sides are taking forever to respond to questions posed by the EU executive body.

This June, two years will have elapsed since the completion of the DESFA sale’s tender procedures, meaning the Azeri company will be able to withdraw from the deal without any repercussions.

In recent days, it has been suggested that the Azeri company may opt to surrender a 17 percent of DESFA, which would satisfy Greece’s recently elected leftist Syriza-led coalition, determined to maintain a 51 percent stake in the natural gas grid operator for the Greek state, and not just 34 percent.

It has also been suggested that Belgian energy company Fluxys may consider reentering the picture after having expressed interest to buy a stake in DESFA in the past. Fluxys, however, did not take part in the tender launched by TAIPED, the State Privatization Fund.

The Belgian company’s reemergence would be convenient for all parties involved in the DESFA sale. The Azeris could withdraw from a deal that no longer appears to satisfy their commercial aspirations, the Greek government will have transformed the intended privatization into a joint venture offering the Greek state a majority stake, and Fluxys will have finally entered the Greek energy market. The Belgian company has already acquired a 19 percent stake in the TAP (Trans-Adriatic Pipeline) project, to transmit Azeri natural gas to the EU via Greece.