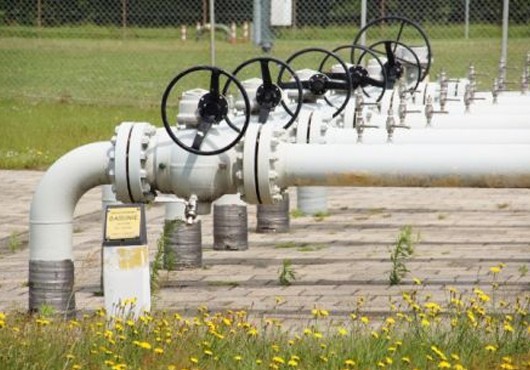 Azerbaijani energy firm Socar, having consulted Italy’s Snam on their bid to acquire a 66 percent stake of DESFA, Greece’s gas grid operator, is prepared to offer 300 million euros now and a further 100 million later on, at an unspecified time, once the operator begins benefiting from revisions made just months ago by RAE, the Regulatory Authority for Energy, to improve the operator’s capacity for recoverable amounts, energypress sources have informed.

However, the Greek side has already rejected the offer by noting that it cannot accept a split of the total amount as this would violate the sale’s terms, set in an international tender. The same argument was used when Socar sought a price reduction.

Socar, which, in 2013, emerged as the winning bidder of an international tender for 66 percent of DESFA at a price of 400 million euros, was later forced to surrender at least 17 percent to a certified European operator following European Commission intervention. Snam then stepped in as a partner.

Time is running out for this marathon sale attempt. Socar’s latest extension to its letter of guarantee provided for the deal will expire on November 30.

The negotiating sides have been at odds over the sale price of 400 million euros. Socar officials contend that revenue-limiting measures imposed last summer by Greece’s recently replaced energy minister Panos Skourletis have severely affected the operator’s market value, arguing that a price of 300 million euros is now more appropriate. The Greek side has refused to budge from the 400 million-euro price tag.

Socar insists that the recent RAE revisions only partially cover the damage caused by the minister’s measures, which limited DESFA’s asset base and, as a result, drastically reduced the operator’s recoverable amounts for investments made between 2006 and 2015 from 829 million euros to 285 million euros. RAE then intervened to increase this amount to 326 million euros and reduce the recovery period to 20 years from 40 years, as had been engineered by the former energy minister. The authority also offered a provision that increases DESFA’s tariffs by 33.5 percent instead of 23 percent, as set by Skourletis. This slight rise is still quite a long way off the 68 percent figure prior to the minister’s measures, the prospective buyers have protested.