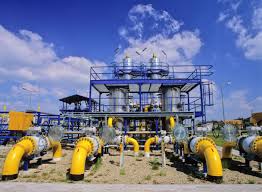 The long-running and unfinished privatization of DESFA, Greece’s Natural Gas Transmission System Operator, to Azeri company Socar has taken a new twist with a European Commission official declaring it was not the EU executive body that recently suspended the process, as had been believed until now, but the Azeri company, which did so in search of additional time.

The European Commission’s Directorate-General for Competition launched an investigation into the sale agreement late last year and then, several weeks ago, it was announced that the EU executive body was suspending the case. No specific reason was provided at the time. The agreement concerns a 66 percent sale of DESFA to Socar.

Based on the latest twist to the plot, it is believed Socar requested the suspension to build a more convincing case for the purchase. Responding to the news, market officials have already noted that, if this is true, then Socar’s level of interest must be questioned. True acquisitional interest propels companies to do all that is possible for swift progress and finalization, officials noted.

Many officials have even gone as as far as to say that the deal’s prospects are now all but over as, faced by latest wider developments, the Azeri company needs to overcome both a new Greek government that has not shown an investor-friendly face and the EU’s competition concerns opposite the non-EU buyer.

A meeting expected to take place today in Athens between Greece’s Economy, Infrastructure, Shipping and Tourism Minister Giorgos Stathakis and Azerbaijan’s ambassador to Greece, Rahman Mustafayev, for talks on the DESFA deal and the TAP (Trans Adriatic Pipeline) project pipeline, a project to transmit Azeri gas to Europe via Greece, should be interesting. Socar holds a 20 precent stake in the TAP consortium.