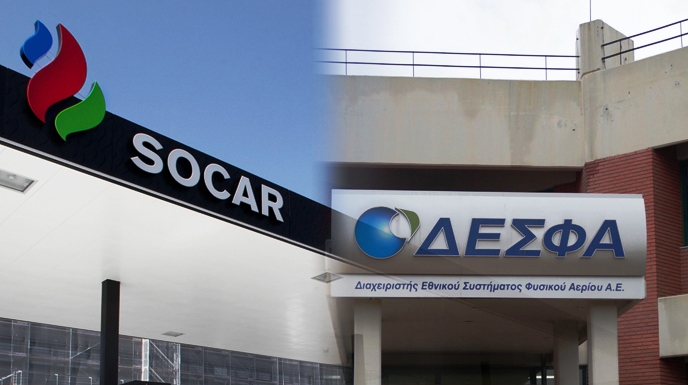 Participating officials at today’s meeting agreed to extend the agreement’s deadline and Socar’s guarantee until the end of December. An agreement to sell a 66 percent equity share of DESFA for 400 million euros to Socar, through an international tender, was stalled last November by a European Commission investigation into the deal, presumably over EU energy security and competition concerns.

“All parties reiterated their strong will and commitment to complete the transaction as soon as possible,” a TAIPED announcement noted.

The European Commission appears prepared to accept a a plan through which Socar will surrender 17 percent of the 66 percent stake it had planned to acquire in DESFA and settle for 49 percent.

Just over a week ago, it was reported that three major European companies, Belgium’s Fluxys, Dutch company Gasunie, as well as an unspecified Italian firm – Infrastrutture Transporto Gas and Snam Rete Gas were both mentioned – are interested in acquiring the 17 percent that may be let go by Socar.