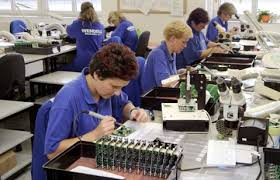 The Association of Industrial Energy Consumers (EVIKEN) has warned that any recent progress made in assuring lower-priced energy for the industrial sector’s smaller players would be wiped out by the adoption of new ordering regulations concerning gas deals made through auctions staged by DEPA, the Public Gas Company.

An upcoming arrangement demanding immediate full payment from bidders, whether or not gas amounts ordered were immediately utilized, would prevent smaller industrial consumers from participating in DEPA auctions, the association supports. Also, the term’s lack of provision for transferring unconsumed quantities to future billing periods would also act as a disincentive, the association has noted.

The association has forwarded its objections, in writing, to the Competition Commission, which has offered its approval to the revisions.

Among its objections, the association noted that it was “totally opposed to the establishment of the take-or-pay condition demanding 100% payment.”

EVIKEN called for this obligation to be lowered to a level of no more than 90 percent.

The revisions, EVIKEN noted in its memorandum to the Competition Commission, “cancel all the efforts you have made to date, and takes us further back from where we started.”