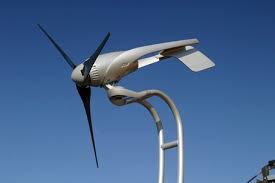 The country’s small-scale wind turbines sector is in danger of being wiped out as a result of the government’s failure to establish a special development program that would settle outstanding institutional issues, a prerequisite for the advancement of investment programs.

The Ministry of Environment, Energy & Climate Change had planned to deliver the program by last June, but eventually failed to make progress. The political uncertainty that has now set in threatens to disrupt investment activity in the sector over an indefinite period.

“The indifference displayed by the ministry has been alarming. Our country has potential, investment interest does exist, and we have received numerous related telephone calls, but there is no institutional framework for investors to proceed,” noted Giannis Tsipouridis, president of ELETAEN, the Greek Wind Energy Association.

Responding to the stagnancy, the ELETAEN head recently forwarded a letter of protest to Environment, Energy & Climate Change Deputy Minister Asimakis Papageorgiou, in which he expressed the association’s shock over the complete lack of action. The standstill condemns Greece’s fledgling small-scale wind turbines sector to an untimely end, Tsipouridis pointed out in the letter. “We cannot imagine that this is being done intentionally, or, worse still, out of indifference,” the ELETAEN head noted.

The issue stretches back several years when authorities failed to set a date for investors to begin submitting applications – based on 2010 legislation – for small wind turbine installations on non-interconected islands, or, more specifically, the islands of Paros, Naxos and Ios, Tsipouridis reminded in his letter to the deputy minister.

According to ELETAEN, small wind turbines, whose capacity reaches 50 KW, while installations do not exceed fifteen meters in height, hold a number of advantages over large-scale wind parks, including the ability to utilize wind energy potential in areas where it is not feasible to install large-scale investments.

Despite being smaller in scale, small wind turbines can contribute considerably to overall wind energy. According to data provided by EWEA, the European Wind Energy Association, global, small-scale wind turbine energy capacity reached 687 MW in 2012, from 576 MW in 2011, a 21 percent year-on-year increase. China, the USA, and the UK are the sector’s leaders with an 80 percent share of total capacity. Some 806,000 small turbines had been installed, internationally, by the end of 2012, from 730,000 a year earlier. EWEA forecasts that global small-scale wind turbine energy installed capacity will exceed 4.6 GW by 2020.