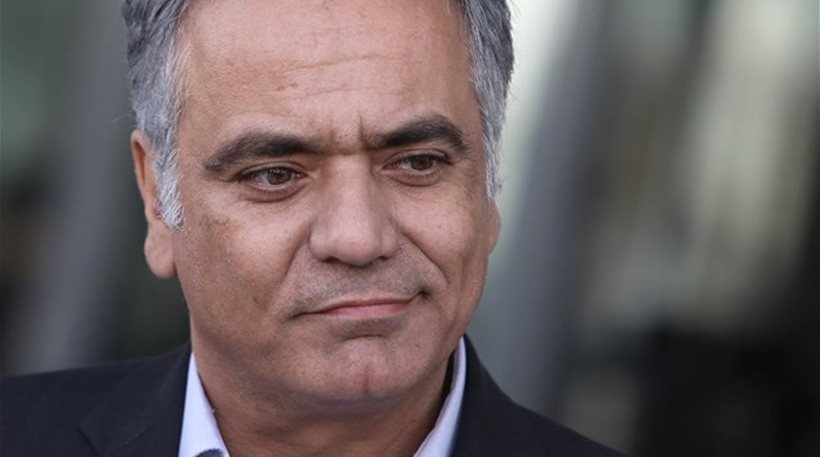 Energy minister Panos Skourletis has reiterated his opposition to a plan by TAIPED, the State Privatization Fund, aiming to privatize a 17 percent stake of PPC, the main power utility, in an interview published by local Sunday weekly newspaper Real.

Skourletis also informed that various scenarios would be possible if the attempt to finalize the sale of DESFA, the natural gas operator, eventually fails, as now appears likelier than ever before. The minister also commented positively on the South Stream pipeline’s prospects.

“Yes, indeed, I believe that TAIPED is wrongly extending its reach into other domains beyond the scope of its responsibilities. This is an organization we inherited [from the previous administration] and whose actions are based on a momentum from the past,” Skourletis noted on the fund’s listing of a 17 percent stake of PPC on its privatizations list.

The Syriza-led coalition’s plan to establish a new super-privatization fund and demote TAIPED as a subsidiary within the resulting new structure will limit TAIPED’s authority to privatizations agreed to by the government in the country’s third privatization agreement last summer, the minister noted.

Asked to comment how he would respond should TAIPED launch a tender for the sale of PPC’s 17 percent in October, Skourletis remarked: “The transfer of the corporation’s 17 percent during the terms of previous governments does not mean that it must be sold. Mr. [Stergios] Pitsiorlas [TAIPED”S chief], who is certainly aware of this, now appears to be ignoring the issue, which raises questions.”

The Greek State controls PPC with a 51.12 percent stake.

The rumored preparations for a withdrawal by Azeri energy company Socar from an unfinalized, long-delayed and troubled deal concerning the acquisition of a 66 percent stake in DESFA will not affect the progress of the TAP (Trans Adriatic Pipeline) project, Skourletis remarked.

Officials at Socar, which holds a 20 percent stake in the TAP consortium developing the pipeline to carry Azeri natural gas through northern Greece, Albania and across the Adriatic Sea to Italy, have leaked information suggesting the company is preparing to exit the DESFA deal as a result of a recent amendment ratified in Greek parliament that greatly limits network usage hikes and, therefore, the natural gas operator’s revenue potential.

Under DESFA’s previous regulations, network usage fees would have risen by 68 percent, a hike avoided to protect local production and households, Skourletis said.

“The TAP project is making rapid progress and, based on current indications, the Greek segment will be the first to be completed,” Skourletis noted.