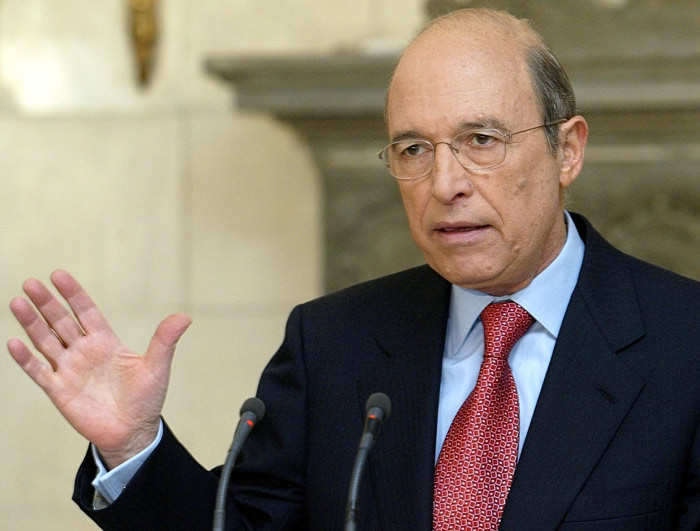 Related Stories
Despite fears that Greece is lurching back into crisis after its prime minister called a snap presidential election, the country΄s former premier told CNBC the decision was a “wise move.”
“There is no other way to stability, we must have elections,” Costas Simitis, who was Greek Prime Minister from 1996 to 2004 leading the left-wing PASOK party, told CNBC.

Simitis΄ comments come after Samaras, surprised investors by announcing a snap presidential vote late on Monday. The decision caused turmoil in Greece΄s financial markets Tuesday, with the country΄s main stock market plunging nearly 13 percent during the day – the worst loss since 1987 — while the yield on Greek 10-year government debt rose to 8.15 percent.

The role of the president has very little constitutional power but Samaras΄ move is seen as a gamble because if his candidate does not win, an early general election could be called. At the moment, the anti-austerity, left-wing party Syriza could win, a victory that threatens the tough reform and spending cuts program that Greece was forced to adopt in return for 240 billion euros ($300 billion) in bailout loans.

“Now Greece has the possibility to elect the president, to have elections, to have a new government and a new government will discuss with the European Union about the future of the Greek economy and Greek debt, “Simitis said.

“If this was not done, there would be a situation of nobody knowing what will happen and of crisis — and crisis is not a good thing.”.

Euro zone finance ministers have given Greece a two month extension to its bailout program to allow Greece΄s government to finalize outstanding reforms that could enable the country to receive the last tranche of aid.

The presidential vote is due on December 17 although there are three rounds of voting. If Samaras΄ preferred candidate does not garner the 180 votes in parliament needed to elect a new president, a general election will automatically be called.

Simitis said that the result of the forthcoming election was critical for Greece and its financial and political stability. “If the present government has a majority again and the government wants to continue with the present policies with the European Union I think the result will be very positive as far as the debt question is concerned.”

“But if a party is elected that does not accept the existing conditions and wants to change many points of the loan contracts and so on, then this will create more instability.”

If Samaras was successful in his gamble, Simitis believed that the “troika” of international organizations — the European Commission, International Monetary Fund and European Central Bank — would be more lenient on Greece and the implementation of its bailout program.