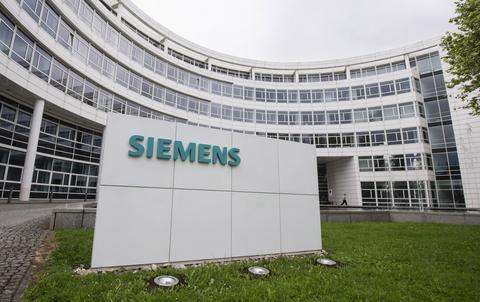 Prime Minister Alexis Tsipras spoke with Justice Minister Nikos Paraskevopoulos on Tuesday, who briefed him on the developments concerning the OTE-Siemens case, the prime minister’s office said.
On Tuesday, the trial was postponed for an indefinite period because the court accepted the objections of the foreign defendants who claimed that the charge sheet had not been translated in their native language – French and German – which renders it invalid.
In an effort to resolve the impasse, Paraskevopoulos will meet with Supreme Court Prosecutor Xeni Dimitriou on Thursday and ask her to order that the Siemens trial be tried as a matter of absolute priority as provided for in Article 30 par. 3 of the Criminal Procedure Code in cases of “exceptional nature”.

Earlier on Wednesday, Dimitriou ordered the immediate start of a preliminary disciplinary inquiry to determine why the Siemens corruption trial was indefinitely adjourned and assign responsibility where appropriate. The investigation has been assigned to Supreme Court Deputy Prosecutor Anna Zairi.

Sources with the Appeals Prosecutor’s office on Wednesday insisted that the problems with the high-profile OTE-Siemens trial were due to foreign ministry’s delay in translating some documents and the court’s decision not to reject the objections of the foreign defendants.

“We delivered the summons to the defendants for the Siemens case without the full translation of the foreign ministry to halt the period of lapse,” the sources said, responding to severe criticism over the indefinite interruption of the trial announced by the court on Tuesday.
The so-called cash-for-contract case concerns an investigation into claims that the German company bribed politicians to win a contract Greek telecoms company OTE for the digitalisation of the company’s call centers. The suspects include former Siemens and OTE executives, who are accused of money laundering, offering and accepting bribes and acting as accomplices in the above acts. On Tuesday, the trial was postponed for an indefinite period because the court accepted the objections of the defendants who claimed that the charge sheet had not been translated into French and German, which renders it invalid.
The same sources said the foreign ministry didn’t deliver in time all the passages of the decree before the trial started in November 2015, but were delivered on May 2016, when the trial had already started. They added that Appeals Prosecutor’s office send the summons to the defendants without waiting for the French and German translations to stop it from being statute-barred.
Commenting on the court’s decision, the Appeals Prosecutor’s office said it didn’t expect it to accept the objections raised by the defendants and were “absolutely certain” these claims would have been rejected, as there is a precedent with the trial of Turkish nationals charged with terrorism, whose similar claims had been dismissed.

The foreign ministry, meanwhile, has strenuously denied that it delayed delivery of the translations.

Adding to the furore surrounding the OTE-Siemens case came the announcement on Wednesday that the trial of former minister Tasos Mantelis for accepting a bribe believed linked to the controversial contract may also be indefinitely adjourned, due to the death of the presiding judge.