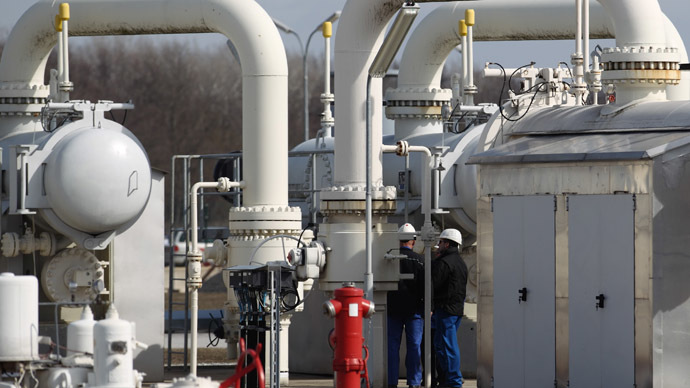 Energy minister Giorgos Stathakis is expected to present the country’s lender representatives a gas-sector proposal entailing the full withdrawal by DEPA, the Public Gas Corporation, from EPA Thessaly-Thessaloniki through the sale of its current 51 percent stake to ENI, the current holder of a 49 percent in this retail venture, as well as a full takeover of EPA Attiki through the acquisition of Shell’s 49 percent in this retail gas firm supplying the wider Athens area, energypress sources have informed.

Both ENI and Shell both appear to agree to these EPA changes. According to sources, Shell has decided to withdraw from Greece’s natural gas market. The company hired a consultant to steer it through this process, it recently became known.

The energy minister is scheduled to meet with the lender representatives today and on Thursday to finalize energy sector measures needed for the bailout’s third review.

An agreement has already been reached with the European Commission, one of the country’s lender institutions, on main power utility PPC’s bailout-required lignite unit sale package, but the prospective changes in the natural gas sector remain unclear. The lenders are generally pushing for a diminished role by DEPA, currently dominant at both wholesale and retail levels.

DEPA appears willing to fully withdraw from EPA Thessaly-Thessaloniki. Last week’s leadership changes at the gas company are expected to facilitate this withdrawal.

The lenders had rejected a previous Greek offer entailing DEPA’s reduced presence in EPA Thessaly-Thessaloniki with a stake of at least 20 percent, as well as a management takeover at EPA Attiki and, possibly, the acquisition of Shell’s current 49 percent stake in this venture. Shell also failed to react positively to this proposal.

A counterproposal by the lenders called for DEPA’s reduced presence in both EPA ventures as a minor partner devoid of management rights.

It remains to be seen whether Greece’s latest proposal will be embraced by the lenders this week as part of the effort to conclude the bailout’s third review.