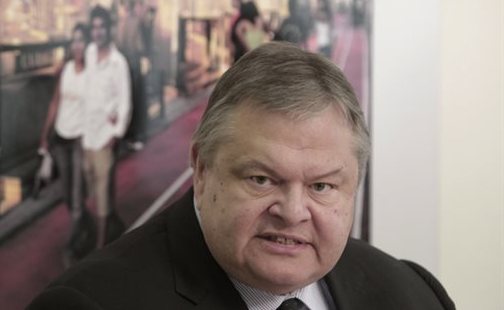 Seven PASOK MPs on Thursday publicly backed Deputy Prime Minister Evangelos Venizelos and his plans for the party to play a leading role in a broader center-left alliance after ex-leader George Papandreou declared his opposition to the plan and called for an emergency congress followed by a confidence vote.

The seven deputies said they are in favor of the plan for PASOK to be at the heart of a new movement, Democratic Alignment, that would be created by what they called “open democratic processes.”

“We have to rise to the occasion and display the necessary spirit of unity, not return to the kind of infighting that helps neither the country nor the party,” the lawmakers said in their joint statement.

Their move comes after four PASOK MPs independently backed Papandreou’s request for party members to discuss Venizelos’s plans and to vote on whether they wanted him to continue on as party leader.

The latest rift comes as PASOK is still languishing in opinion polls. A new survey by the University of Macedonia for Skai TV indicates that PASOK’s support is running at just 3.5 percent, down from 4 percent last month.

SYRIZA leads the poll with 27.5 percent compared to New Democracy’s 20 percent. Both parties’ support is unchanged from the previous month. Golden Dawn is in third on 6.5 percent, followed by To Potami on 6 percent and KKE with 5.5 percent. Then comes PASOK