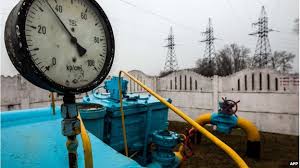 A decision to hold natural gas consumers responsible for covering the cost of a supply security surcharge, recently published in the Government Gazette, has been condemned as irrational and detrimental to the cost energy by consumers.

The surcharge is intended as a safety measure that will enable electricity production stations powered by natural gas to switch to diesel as an alternative energy source in the event of a gas crisis.

An analysis of worst-case scenarios includes certain cases that would require reducing gas supply to power producing stations in order to avoid cutting natural gas supply to vulnerable social groups, which would ultimately lead to power outages. The supply security surcharge is intended to counter threats such as this one by financing necessary energy source switches at power stations in emergency situations. Legislation on the surcharge had been ratified back in 2011, but it was not implemented until September 23, the date it was published in the Government Gazette.

Prior to this development, local industry had already been protesting that the cost of natural gas in Greece was Europe’s most expensive, despite government promises for energy cost reductions. The supply security surcharge will now add to the cost.

Gas consumers argue that the surcharge boils down to being an unnecessary expense for emergency action that, most probably, will not be required. Consumer groups also argue that the system’s emergency needs are already covered by PPC, the Public Power Corporation, which they say is stocked up.