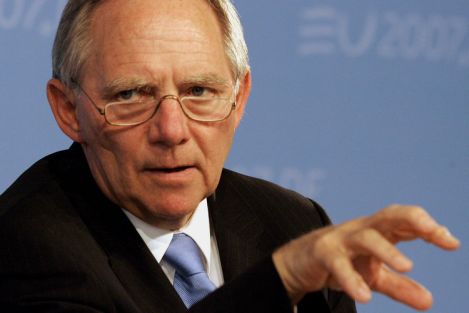 Germany΄s Finance Minister Wolfgang Schaeuble said in a radio interview that he was not very optimistic that Greece and its euro zone peers would reach a debt agreement in talks on Monday.Asked if the finance ministers will find a solution for the Greek debt problems in their negotiations on Monday, Schaeuble said: “From what I΄ve heard about the technical talks over the weekend, I΄m very sceptical, but we will get a report today and then we΄ll see.”According to Reuters, Schaeuble said that Germany did not want a Greek exit from the euro zone, but that the new government in Athens had to fulfil “the minimum of the claims”.Greece΄s finance minister meets his euro zone peers and ECB President Mario Draghi on Monday to discuss how to proceed with his country΄s bailout programme, which runs out on Feb. 28.