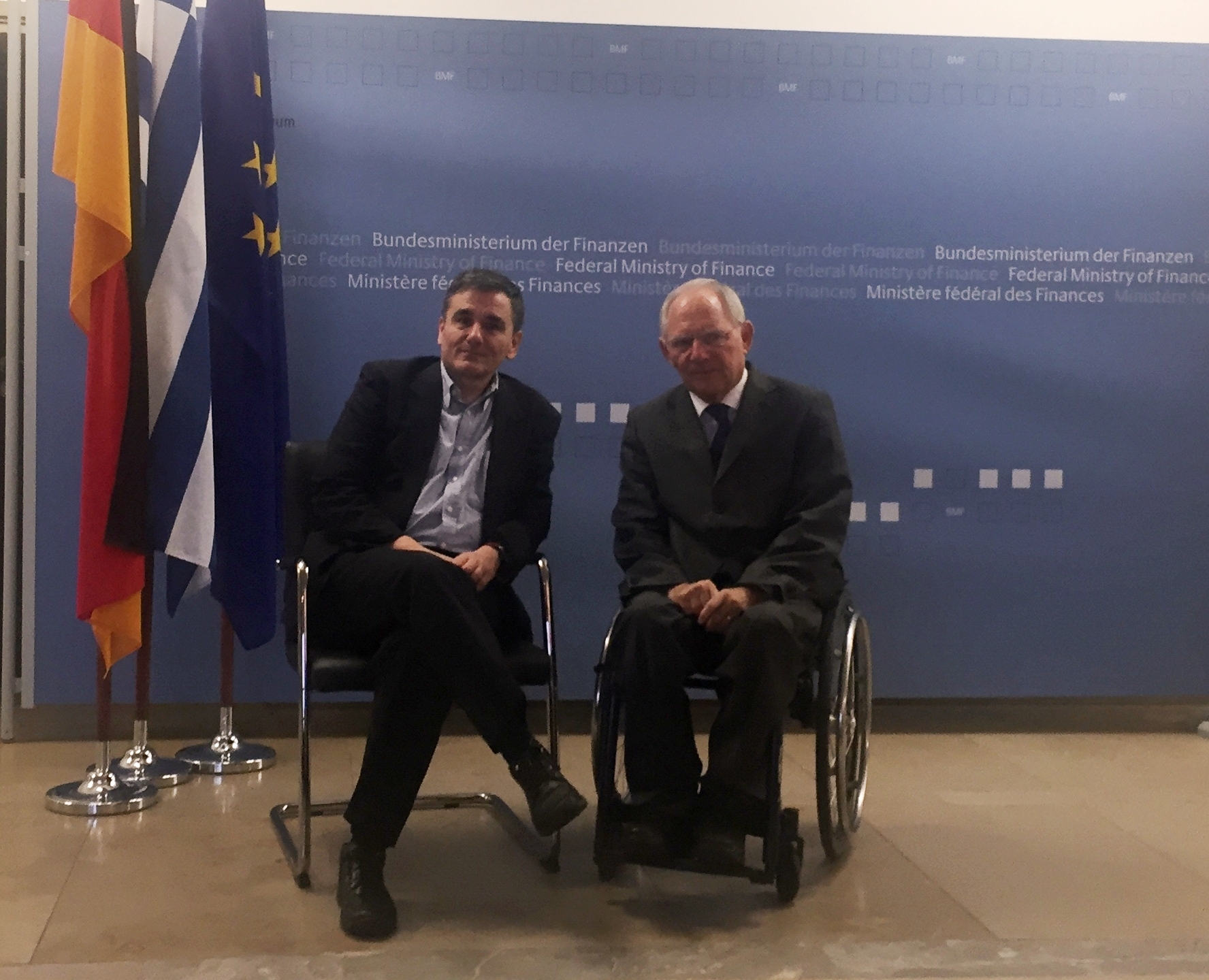 A meeting between German Finance Minister Wolfgang Schaeuble and his Greek counterpart Euclid Tsakalotos here on Wednesday was held in a “constructive atmosphere” and focused on the progress of the Greek economic adjustment programme, German finance ministry spokesperson Friederike von Tiesenhausen said.

According to the spokesperson, Schaeuble repeated that all the agreements must be implemented and all the steps carried out, one by one.

“Only on this basis can there be a successful review and afterward possible further steps,” she clarified, noting that the institutions were currently conducting a detailed examination and calculating the cost of the Greek government’s proposals for reforming Greece’s pension system, which was a key point of the review.

Von Tiesenhausen also made it clear that Berlin’s position on debt relief for Greece had not changed, nor its position on the need for the International Monetary Fund (IMF) to participate in the third Greek programme.

“This was agreed this way, in any case, in the Eurogroup statement in August and in the meetings of the European Stability Mechanism (ESM), while Greek representatives recently confirmed this position,” she said, when asked if Berlin still insisted that the IMF’s participation was essential.

She added that the director of the International Monetary Fund’s (IMF) European department, Poul Thomsen, was not at the meeting.

Thomsen arrived at the finance ministry while the meeting with Tsakalotos was underway, she added, and clarified in response to questions that he was not going to attend.