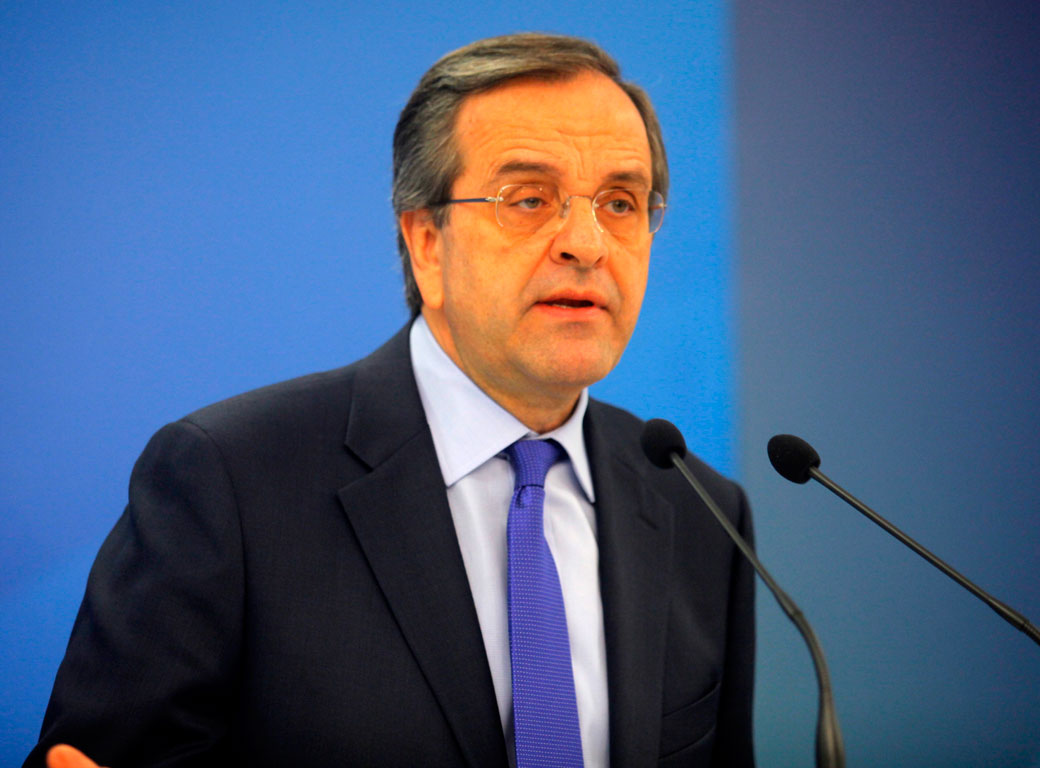 The government has fooled society and Greece is facing a dead end, main opposition leader Antonis Samaras told a private broadcaster on Wednesday.“We’re at a dead end; the government has fooled society. At this point it has to clash either with our creditors, or with itself,” the leader of New Democracy (ND) told Mega TV, AMNA reported.He said the people’s mandate was to avoid a Grexit, but that uncertainty has returned after the elections. “If the government doesn’t pay what it owes to the ECB and the IMF the possibility of a Grexit returns,” he said. Samaras strongly criticised the government on a number of issues, including the economy, migration, public order and especially on the way it handled the issue of convicted terrorist Savvas Xiros, saying it jeopardized the country’s relations with the United States which is the only power supporting the country in its negotiations with its lenders. He also said that since the February 20 agreement, the government has not tabled any proposals.