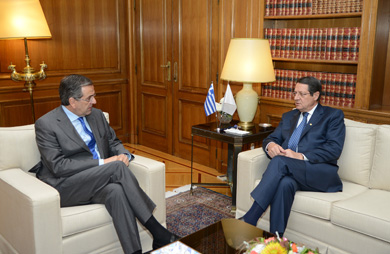 The discussion came ahead of a meeting between the Greek premier and newly elected Turkish President Recep Tayyip Erdogan expected to take place on the sidelines of a two-day NATO summit focusing on the Ukrainian crisis which begins in Cardiff, Wales, on Thursday.

The encounter between Samaras and Erdogan was expected to be uncomfortable following the latter’s provocative comments regarding the Greek position vis a vis Cyprus earlier this week.

On Wednesday, Turkish media reported that Erdogan was expected meet with US President Barack Obama on September 5.