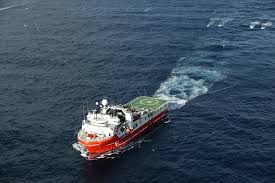 Conditions for possible collaboration between the country’s recently elected leftist Syriza-led coalition government and Russian company OAO Rosgeologia, for geological surveys in Greece to provide seismic information for hydrocarbons and geothermal sources, have been established following a meeting between Production Reconstruction, Environment and Energy Minister Panayiotis Lafazanis and the Russian company’s CEO Roman Panov. The meeting was also attended by the Russian embassy’s commercial attaché, who arranged for the two officials to meet.

The Russian company will prepare a detailed proposal for collaboration to be examined by Greek officials.

Speaking to energypress, ministry officials denied reports by the Russian news agency RIA Novosti claiming that an agreement had already been reached. The ministry officials also denied that Dimitris Copelouzos, president of the Copelouzos Group, a fully integrated business development organization servicing key industrial and technological sectors in Greece and abroad, attended the meeting, as was reported.

“We’re open to all possibilities that can be created for the country. We’re staging various meetings and examining proposals. This does not mean that an agreement has been reached,” a ministry source commented.

The Russian news agency reported that a Greek-Russian team would be assembled for work to identify new sources of mineral wealth, thermal groundwater sources for electricity production, further construction of geothermal power plants in Greece, and also to conduct two and three-dimensional seismic surveys of the continental shelf in the Aegean Sea.

A preceding RIA Novosti report from Athens had noted that previous surveys conducted in Greece were two-dimensional, whereas the Russian company’s work would include three-dimensional surveys. This older report had contended that previous seismic survey work conducted by a Norwegian company was superficial to attract investor interest.

According to the latest RIA Novosti report, Lafazanis, the new energy minister, has informed Russian officials that Greece will start a new tender for further exploration and production of hydrocarbons at twenty points in the Ionian Sea, western Greece, and south of Crete. Lafazanis, the report noted, enquired as to why Russsian companies had not shown any interest in these regions to date.

The RIA Novosti report also noted that Lafazanis proposed that Rosgeologia collaborate with Greece’s Institute of Geology and Mineral Exploration and ELPE, Hellenic Petroleum. According to the Russian news agency, Alafazanis pointed out that, despite being a refinery, ELPE is also active in research and exploration.