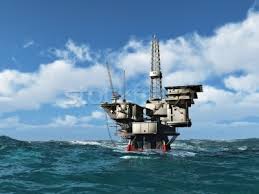 Returning from what he has described as a “very significant” and “constructive” visit to Moscow, Production Reconstruction, Environment and Energy Minister Panayiotis Lafazanis announced earlier today that major Russian oil companies will take part in an ongoing tender for exploration and exploitation rights of twenty offshore blocks in the Ionian Sea and south of Crete.

“We decided to expand our energy relations for the well-being of our region and Europe,” Lafazanis told reporters in Athens. “A large and promising new chapter in Greek-Russian relations is opening up,” he added.

It was announced just yesterday that the tender’s deadline has been extended by two months and will now expire in mid-July rather than mid-May, as had been originally scheduled by the country’s previous administration.

Contrary to previous claims by the Greek energy minister, before and after the January 25 snap elections that brought the leftist Syriza party to power, the tender’s terms will remain unchanged, offering investors majority control of hydrocarbon ventures.

Lafazanis also told reporters Greece was also interested in establishing zones for exploration and exploitation of deposits in the Aegean Sea, based on international law.

Lafazanis said Greece was opposed to the international sanctions imposed on Russia over the Ukrainian crisis. “We are against Russia being placed in energy quarantine. The roads for Russian energy supply to Europe must be open and free. They need to be open and free for all non-EU countries. That’s why, as you probably know, we support the Azeri TAP pipeline project,” Lafazanis said.

During his visit to Moscow, Lafazanis said he was informed on the latest developments concerning Russia’s new natural gas pipeline proposal for supply to Europe, Turkish Stream, planned to reach the Greek-Turkish border area, and intended to replace the shelved South Stream project. Russia contends it plans to have completed the project by 2019.

“As a result, Russian gas will reach Europe via two routes, from the south and the north,” Lafazanis said. “We told Russian officials we would seriously examine the project, and that it will be examined by the government as a whole, and the prime minister.”

Responding to questions on how the EU and USA would react to Russian gas supply plans to Europe via Greece, Lafazanis said the project’s development would be based on national and EU law, while adding that “Greece wants to exercise an independent national energy policy that will serve national interests. It’s unfathomable and unacceptable for prospective agreements between EU member states and non-EU members to be subject to EU control.”