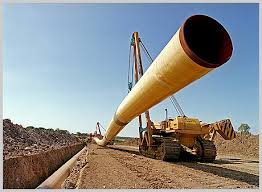 An alternative plan that would provide a passage for the South Stream natural gas pipeline through Greece and Turkey has been prepared by Russia, according to a Russian newspaper report.

The article, published by the Vzglyad newspaper on Monday, noted that the Russian firm Gazprom would pursue the alternative plan if Bulgaria continued to obstruct the development of the pipeline project through its territory.

If the alternative plan were implemented by Gazprom, the pipeline would reach its destination, Italy and Austria, through Greece and Turkey, instead of Bulgaria, Serbia, Hungary, and Slovenia, as originally mapped out.

According to the newspaper report, Russian president Vladimir Putin had mentioned the prospect of this alternative route last May during a meeting with journalists.

The newspaper report quoted Turkish Energy Minister Taner Yildiz as saying his country would give the green light for the project’s development through Turkey.

Despite the prospect of this alternative plan, Russia would prefer to stick to the project’s original route, the newspaper report noted. However, the alternative plan would be pursued if the European Commission did not stop applying pressure on Bulgaria to halt the project’s development, the article supported.

The Bulgarian interim government’s Economy and Energy Minister, Vasil Shtonov, recently ordered Bulgarian Energy Holding to stop all work on the South Stream pipeline project while the European Commission examined whether it complied with EU law, according to an announcement posted onto the ministry’s website. It is the second time Bulgaria has halted work on the project over the last three months.

Should Russia eventually decide to proceed with the alternative pipeline route through Greece and Turkey, the South Stream project’s geographical layout would bear a striking resemblance to the prospective TANAP-TAP (Trans Anatolian-Trans Adriatic gas pipeline) project to transfer Azeri natural gas to Italy via Greece and Turkey.