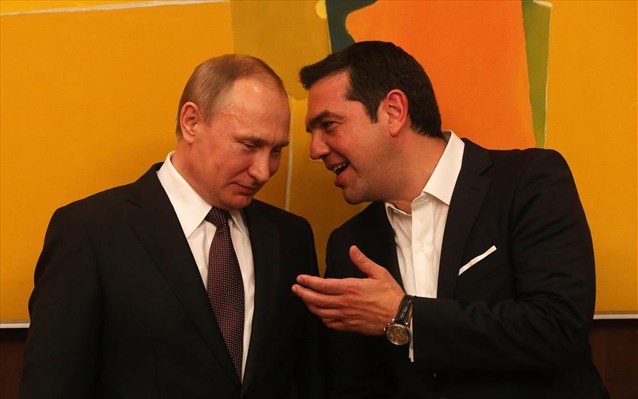 Last Friday’s signing of a Memorandum of Understanding (MOU) between Greek refinery ELPE (Hellenic Petroleum) and Rosneft, valid for one year with an option for renewal, could create significant prospects for ELPE if the Russian petroleum group offers crude at a fair price.

This detail was not specified in the MOU, signed during Russian president Vladimir Putin’s two-day visit to Greece last Friday and Saturday.

If offered a fair price for crude by Rosneft, ELPE can be expected to make substantial orders. The price issue will be discussed in June by a joint committee to be established by the two sides, when they meet to specify trading arrangements.

Rosneft ranks as one of the world’s biggest and most competitive petroleum groups. It operates based on an extraction cost of less than five dollars per barrel, compared to a level of about 15 dollars registered by many rivals. Rosneft is exploiting an enormous yet relatively shallow deposit in Siberia, which helps limit its extraction costs.

Although ELPE is a peripheral player among giants in the international market, the Greek refinery’s output of 350,000 barrels per day is respectable. Russian companies, like all major players, are seeking trading opportunities throughout the world, including with smaller partners such as ELPE, to compensate for lower oil prices.

The Greek refinery will be supplied crude by the Russian petroleum company to be refined and shipped back to the Russian firm as partial or full payment for the crude supplied. The very same ships delivering Russian crude to ELPE’s facilities will depart loaded with petroleum products refined by ELPE.

The deal is based on a new approach being pursued by ELPE that entails conducting business directly with suppliers, without trader intervention, in an effort to reduce costs.