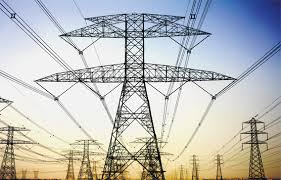 The country’s Capacity Assurance Mechanism plan is currently undergoing a number of revisions – as had been disclosed by energypress in previous reports – following various objections raised by the country’s creditor representatives, or troika, during its most recent visit to Athens for negotiations.

Based on current developments, it appears that the total outlay for the Capacity Assurance Mechanism will be reduced by 20 percent.

Troika officials questioned the necessity of a mechanism that compensates production units for capacity assurance during a time of subdued demand, especially when installed capacity exceeds the required level, the officials contended.

According to energypress sources, local authorities do not intend to fully adopt the troika proposals. Compensation amounts provided by the Capacity Assurance Mechanism are expected to be smaller, but lignite-powered and hydropower units will not be entirely excluded. Local authorities contend that PPC, the Public Power Corporation, cannot be weakened excessively, especially at a time when its part-privatization is being prepared.

As for the mechanism’s section on compensation for capacity flexibility, to compensate production units for providing flexibility to the system, the troika officials were mostly receptive. But they did assert that hydropower units should also be eligible, along with gas-powered electricity units, already part of the plan.

The troika officials also noted that the outlay planned to cover the new Capacity Availability Tickets (CAT) had remained unchanged, and needed to be reduced. According to sources, a 20 percent reduction will be imposed by Greek authorities. The CAT system’s current cost is 570 million euros.