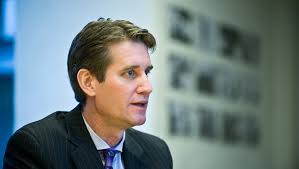 Former US diplomat and current director of the International Center for Defence Studies Matthew Bryza has warned it would be unwise for Greece to retreat to a monopolistic natural gas market, during a speech delivered yesterday evening at the Athens Energy Forum.

Responding to a preceding speech by Production Reconstruction, Environment and Energy Minister Panayiotis Lafazanis at the event, Bryza noted: “I heard the energy minister highlight the need for a multi-directional energy policy and for major powers to not exploit smaller nations. We don’t object. If these are Greece’s objectives, the worst thing the country could do is to take a step back from the Southern Gas Corridor and return to a monopoly that has led to the point of Greece paying more for natural gas than any other European nation.”

Bryza expressed satisfaction over Greece’s support for the TAP (Trans Adriatic Pipeline) project, a key part of the Southern Corridor, an initiative of the European Comission for gas supply from the Caspian and Middle East regions to Europe. The official noted that Greece was presently well positioned to become a strategic energy hub.

Offering insight into neighboring Turkey’s energy policy, Bryza noted that Ankara is seeking to attract as much natural gas as possible to emerge as a key energy hub and  gateway for Europe. As a result, the country does not want to “kill” the Southern Corridor plan as it is seeking to establish negotiating power opposite Gazprom, which could be achieved if Russia does not hold dominant control of gas supply in the region, the official contended.

Bryza admitted a forecast he had made two years ago, tipping that the Nabucco-West pipeline, a route from the Turkish-Bulgarian border to Austria, would be developed, had been proven wrong, as the TAP pipeline running through Greece was chosen instead.