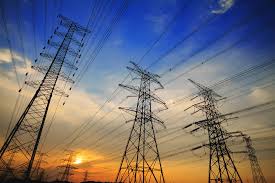 Although several weeks have elapsed since the new administration’s Production Reconstruction, Environment and Energy Ministry went to work, the country’s pending new CAT (Capacity Availability Tickets) mechanism does not appear to be an urgent matter for the new ministry’s leadership. According to energypress sources, the ministry has yet to respond to specific questions posed by the European Commission’s Directorate-General for Competition, seeking the ministry’s views on the previous Greek government’s unfinished plan.

Admittedly, the loan-agreement negotiations between Greece and its creditors have been the main focus of the new Syriza-led government since its election victory on January 25. The energy ministry has not yet been fully staffed. Key positions have remained vacant.

However, major problems have been created by the absence of a new CAT system. The previous model’s validity expired on December 31, 2014, and the electricity market has since operated on a base model that is causing side effects.

Looking deeper into the cause of the delay, the new ministry intends to make significant changes to the previous administration’s effort, cut short by Greece’s snap elections.

According to energypress sources, the ministry will seek to maintain the annual cost of the new CAT plan at 225 million euros, the level agreed to by the previous administration with Brussels, but will seek to change the way the amount will be distributed.

The previous CAT mechanism’s cost amounted to 570 million euros, but was cut to less than half following pressure applied by the country’s creditors.

PPC would be the major beneficiary of such a revised CAT plan, which would significantly increase its revenues. Based on the previous CAT plan, the power utility would have been entitled to roughly 55 percent of the 225 million-euro amount, with the remaining 45 percent for independent producers.

The power utility’s anticipated revenue gain may be used to cover part of the new government’s plan to offer free electricity to 300,000 underpriveledged households as part of its social policy.

Independent producers will be the big losers if the new ministry’s reported CAT plan is implemented. Their survival will be threatened, it is believed.