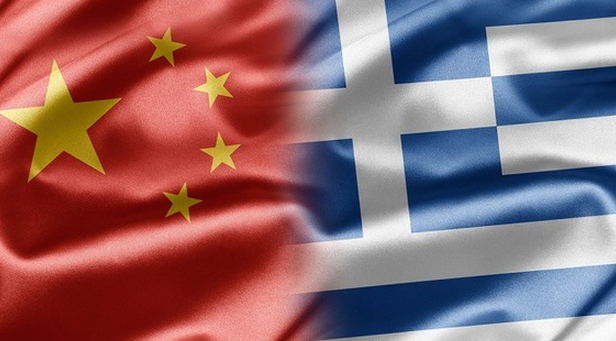 Greece can act as Asia’s gateway to Europe, Foreign Minister Nikos Dendias said on Wednesday after meeting his counterpart from the People’s Republic of China, Wang Yi, in Athens. During their meeting, Dendias said, emphasis was placed on the great importance for Greece of the United Nations Convention on the Law of the Sea (UNCLOS).
He said that Greece hopes to further strengthen ties with China after the pandemic, especially as 2022 will be the 50th anniversary since the two countries established diplomatic relations.
The meeting focused on strengthening economic bonds and the prospect for further investments in the framework of the Joint Statement on the Greece-China Comprehensive Strategic Partnership, given the recent ratification by the Hellenic Parliament of the transfer of 16 pct of shares of the Piraeus Port Authority to COSCO.
Dendias said Greece was keen to see further investment projects in the greatest port of the Mediterranean, which was one of the biggest and most historic ports of the world, with a spreading of economic activity for the benefit of the local community.
He also pointed out that Greece can act as an energy hub through the construction of the new LNG terminal in Alexandroupolis and the interconnector pipelines.
His talks with Wang Yi also touched on culture and tourism, given the start of the Greece-China Year of Culture and Tourism in 2021-22, and the winter Olympic Games being held in Beijing.
Dendias said they had also discussed “the very worrying developments in the Eastern Mediterranean” and “Turkey’s destabilising role” in this area.
“Theoretically, this is a region that is thousands of kilometres from China but its destabilisation carries risks for freedom of navigation and the growth of international trade in our region, which is something that greatly interests the Chinese side,” he said.
He referred to Turkey’s efforts to increase its influence among Muslim populations throughout the world, supporting groups like the Muslim Brotherhood and directly interfering with the internal affairs of other countries.
The meeting also examined developments in Libya, with Dendias pointing out Greece’s role in the evacuation of 13,000 Chinese citizens from Libya in 2011 and 2014. He thanked the Chinese minister for China’s stance as a permanent member of the UN Security Council in matters relating to the Cyprus issue, especially  its steadfast support of efforts to resolve the issue within the agreed UN framework. The meeting also discussed events in Afghanistan and EU-China relations.

Wang Yi: Cooperation at sea with respect for UNCLOS

“We are willing to deepen and develop maritime cooperation between Greece and China, respecting the UNCLOS,” Wang Yi noted.
“We wish to promote connectibility with Europe. The investment in Piraeus port is a flagship project for the joint building of a zone,” he added, saying that this had created a great many jobs and profited the local community, while making Piraeus the biggest port in the Mediterranean.
“This project is a model for mutually beneficial cooperation and is the start of the high-speed China-Europe land-sea line and will become the hub of the third-largest China-Europe trade route,” he said.
The Chinese foreign minister highlighted the huge potential for cooperation and the great prospects for growth between Europe and China through connectivity.
“China and Greece are not only partners in relations of mutual benefit, they are also friends with the same targets and ideals,” he said, adding that Sino-Greek cooperation was always at the forefront of Sino-European relations and an example of “exchanges and mutual learning between countries with different cultures and social systems.”
He also referred to the Winter Olympic Games taking place in Beijing and invited Greek and European athletes to participate in the Games, while stressing that China was willing to promote cultural dialogue with Europe.
He said that Greece and China had decided to create a centre of ancient Chinese and Greek culture and promote cooperation in the framework of the forum of ancient civilisations, inviting more European partners to “join and give stability and positive energy to the Sino-European relationship.”