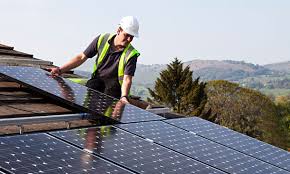 A draft bill being prepared by the Environment, Energy & Climate Change Ministry for the liberalization of the gas retail market, briefly uploaded yesterday before being withdrawn over technical issues, included a surprise move on the Emission Reduction Tariff (ETMEAR). Contrary to what had been anticipated, the briefly-aired draft bill included a section indicating that RES self-producers and combined heat and power (CHP) producers will be spared of the tariff for amounts of electricity they have produced and self-consumed. Last night, ministry officials confirmed this detail to energypress. This tariff exemption for self-producers had been requested by sector officials who contended its existence serves as a disincentive for investment in the sector. The officials also pushed for the scrapping of the Public Service Compensation (YKO) surcharge paid by self-producers on the energy they produce and consume. But this demand appears to have not been met on the grounds that the YKO surcharge finances social services covered by all citizens.

The revisions will become valid once the ministerial decision has been ratified in Parliament. It should be clarified that self-producers will be charged the ETMEAR tariff, YKO and other fees for electricity they absorb from the system when they do not have any electricity of their own to consume.

In other favorable developments for self-producers, announced late yesterday, RAE decided to propose to the ministry an increase to the net metering cap on self-produced photovoltaic electricity from 10 KW to 20 KW. The RAE proposal also included expanding eligibility for self-production and net metering to medium-voltage connections, not just low-voltage connections, as well as more flexible installation terms that will allow for utilization not just of rooftop areas, but a range of other options, such as garages, gardens, even neighboring plots.

Rough preliminary calculations, based on these proposed revisions, indicate that domestic producers stand to save approximately 18 cents (euro) for every kilowatt hour produced and self-consumed. At this rate, the average return on invested capital will be between eight and nine percent per year over the contract’s 25-year duration, while the investment cost will have been covered in less than ten years.