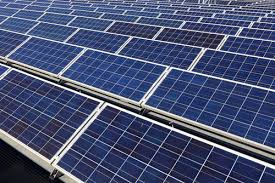 The cash flow problem in the country’s electricity market, caused by increased amounts of overdue electricity bills owed to PPC, the Public Power Corporation, has prompted renewable energy source (RES) producers – not being paid as a result – to follow up on their threats for legal action.

LAGIE, the Electricity Market Operator, which manages payment distribution to RES producers, is set to take legal action against PPC subsidiary firm IPTO, Greece’s Independent Power Transmission Operator, responsible for providing the payments, after having warned it would do so last week. Energypress sources said the case has been prepared and will be filed for a total payment that exceeds 300 million euros. Current strike action taken by local lawyers, however, will delay proceedings until they return to work. LAGIE had also taken legal action last December.

A LAGIE official told energypress that if the sector’s cash flow problem eventually led to RES facility repossessions, this would spark a vicious cycle with widespread implications for the energy sector, including the obligations of DEPA, the Public Gas Corporation, towards its Russian suppliers, which would destabilize the local energy market. A number of the country’s electricity production plants are gas-fueled.

Owed an increased amount of overdue consumer electricity bills, estimated at 1.8 billion euros, PPC is unable to meet its obligations, including payment of an Emission Reduction Tariff (ETMEAR) to IPTO, if not collected through bill payments. By extension, IPTO cannot pay the equivalent amounts to LAGIE.

At the time, a LAGIE official told energypress that the operator expected to not have to exceed a two-month period for unpaid amounts, a period assumed to be manageable by the market. Despite this, the unpaid period has been stretched out to four months, the official added.

To bring the overdue amounts down to a two-month level, LAGIE will need to receive 375 million euros from PPC by the end of December. It remains questionable whether PPC can come up with such an amount in so little time.

LAGIE has asked the deputy minister that pressure be applied on two fronts. LAGIE wants PPC to push for payment owed to the corporation for electricity consumption in the public sector, currently at over 180 million euros. LAGIE also wants PPC to boost its liquidity through credit support and, moreover, has asked for PPC to establish and implement a realistic budget concerning its commitments to RES producers for 2015.