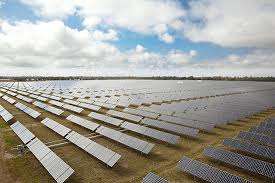 Payment delays by LAGIE, the Electricity Market Operator, to renewable energy source (RES) producers have increased to an alarming level, prompting RES producers to apply increased pressure on the operator for invoice settlements, while also increasing the likelihood of renewed legal action.

In the past, LAGIE has been forced to forward notices concerning the unpaid amounts to PPC, the Public Power Corporation, which is ultimately responsible, as a safety measure against action taken by RES producers for amounts owed to them.

RES producers, especially in the photovoltaic domain, are increasing the pressure as payment delays range between two and a half to seven months.

This, apparently, is occurring because RES producers are receiving amounts owed to them once the costs of their banking and tax office obligations have been covered.

The payment delays experienced by RES producers are being exasperated by a severe cash-flow problem at PPC as a result of an increasing amount of unpaid overdue electricity bills by consumers. The amount is reportedly increasing by the month, and, as previously reported by energypress, could reach two billion euros by the end of this year.

Worse still, PPC, at this stage, cannot rely on financing solutions. The corporation’s prospects of seeking respite through new loans with favorable terms and interest rates are extremely limited, at best, amid this period of austerity.

Photovoltaic producers had begun feeling optimistic at one point last summer, as the flow of payments to them improved considerably in late July. At the time, LAGIE confirmed it would cover all amounts owed to RES producers for the first quarter of 2014 by the end of July. However, the situation worsened again in August as LAGIE once again began struggling with amounts owed for invoices issued beyond the year’s first three-month period.