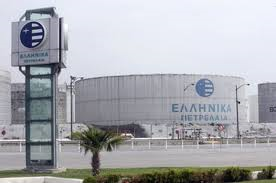 It remains unknown, to insiders and not, whether genuine interest truly exists in the purchase of Greek refinery ELPE (Hellenic Petroleum) through acquisitions of a roughly 36 percent stake held by the state – via TAIPED, the State Privatization Fund – as well as a stake owned by the Latsis corporate group, the main shareholder.

The issue has gained renewed interest following a local press report last weekend contending the  Latsis group is involved in talks with a foreign company, which remained unnamed but is believed to be ExxonMobil.

The prospect has raised questions among local pundits as to why the U.S. company would want to return to a market it abandoned 31 years ago, when, as Esso, at the time – before it was renamed Exxon, followed by ExxonMobil – it sold its Thessaloniki refinery to the Greek state.

Back then, Greece was an emerging market, while its entry into the EU – EEC at the time – a couple of years earlier, in 1981, was bound to eventually liberalize the oil refining market, as was indeed gradually developed between 1986 and 1992. Nowadays, Greece is a market with overabundant capacity considering the country’s domestic demand, while all signs indicate that an economic recovery to pre-recession levels will be difficult to achieve. These factors have analysts thinking about the possible incentives behind ExxonMobil’s alleged interest in returning to Greece’s refinery market.

Questions are being asked as to whether such a prospect is likely considering the current preferences of major petroleum companies, which are reducing their exposure to downstream (retail) and midstream (refining) activities in favor of upstream activity (crude oil production). This trend, combined with low profit margins available in the refining sector, has reduced the market value of companies that are not vertically integrated and whose activity is focused on refining and trading. As a result, sellers are cautious, while many European refineries are easier shut down or converted into storage and distribution facilities than sold, especially when their technical and geographical positions do not create satisfactory margins for refining and trade.

ExxonMobil operates a total of eight refineries in Europe – France, Italy, Belgium, the Netherlands, the UK, and Norway – while also holding a small equity share in a German refinery, for a production capacity of about 1.8 million barrels per day. Its operations in Europe cater to a market with an annual consumption of less than 650 million tons, which is steadily falling. Unutilized refinery capacity is rising in Europe. Utilized refinery capacity was measured at roughly 80 percent in 2013, but it is on a downward trajectory.

In other words, these are not good times for either sellers or buyers in the refinery sector, unless the former are financially pressed and the latter simply want to penetrate markets by using refinery facilities as storage space, not production.

In the case of ELPE, the Greek state may want to sell its equity share of about 36 percent. Such a figure means little to any potential major investor. It remains uncertain how the Latsis group, the main shareholder, will act.