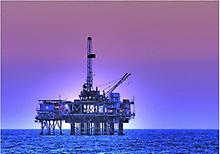 A stalled plan for the development of an offshore underground gas storage facility at a natural space with depleted gas reserves in the south Kavala region, northern Greece, appears likely to resume as, according to sources, TAIPED, the State Privatization Fund, is examining various alternatives with the aim of announcing a long-delayed tender in 2015.

Besides pressure by the Environment, Energy & Climate Change Ministry for the project’s development over energy reserve concerns, the belief that a previous estimate of the project’s cost can be lowered has provided renewed impetus for the storage facility’s progress.

Newly appointed management at TAIPED believes that a previous evaluation of the project’s cost, estimated between 300 and 400 million euros, based on a study conducted by Finnish consulting and engineering company Poyry in spring, 2014, has been overestimated and can be reduced.

Besides looking into the project’s financial requirements, TAIPED is also awaiting the results of an appraisal by RAE, the Regulatory Authority for Energy, on the level of importance of the project for the country’s energy security.

Although a time schedule for the project’s tender has not been determined, Environment, Energy & Climate Change Minister Yiannis Maniatis, commenting just days ago, asserted a “tender will soon be staged.”

Utilization of the old gas deposit in the Kavala region as a storage facility has, in the past, been a source of friction between the Environment, Energy & Climate Change Ministry and the previous TAIPED administration. Maniatis had repeatedly forwarded requests to the fund’s old administration seeking the acceleration of procedures for the tender. But the fund’s old administration never went further than to contend that, according to the Poyry study, the project was not financially feasible. The Finnish study had noted that state subsidies would be required to support the project, through a surcharge to be levied on natural gas consumer bills.

In a sign of hope for the project’s development, last August, the Environment, Energy & Climate Change Ministry had the Kavala gas storage project categorized as a Project of Common Interest (PCI) by the European Union. However, no additional information has since become available as to when, or if, the project will proceed.

Meanwhile, just months ago, Energean Oil was granted a one-year extension on its exploitation permit for the depleted gas deposit. The permit now expires on November 23, 2015. Otherwise, the state would have had to assume maintenance costs of the deposit later this month, once the previous permit expired, which would have burdened the state budget.

The Kavala gas deposit’s reserves have not yet been fully extracted. Discovered in the early 1970s, it initially contained about one billion cubic meters of natural gas and is believed to now have approximately 150 million square meters remaining.