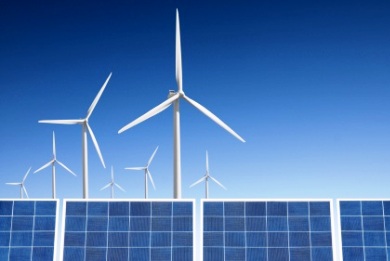 Greece’s Regulatory Authority for Energy, RAE, has opted to leave unchanged a surcharge for Renewable Energy Sources paid by consumers through their electricity bills for the second half of 2014.

According to legislation, this surcharge, ETMEAR, is reexamined twice a year. It was introduced to help wipe out the country’s deficit in financing Renewable Energy Source projects, as has been demanded by creditors through the bail-out plan for Greece.

According to RAE, considering current conditions, the surcharge should have been increased by 24%. But the impact of a recent package of measures taken by the Energy Ministry, which includes a reduction in prices related to the absorption of green energy, as well as a partial write-off of demands by producers, has yet to be determined. A full appraisal of the impact of these measures is expected no earlier than next autumn. According to estimates, had a 24% increase on the surcharge been implemented for the current year’s second half, an ensuing 36% reduction would have been required for January 1, 2015.

In an announcement, RAE noted that, considering the current economic conditions, as well as difficulties faced by households in covering energy need costs, it deemed it was appropriate to not take measures that would increase the cost of energy for consumers.

It should be noted that fees charged for the use of networks were increased as of June 1. Decisions on decreased rates for commercial electricity bills and increased rates for low-level household consumption, up to 800 kW h, have yet to be announced.