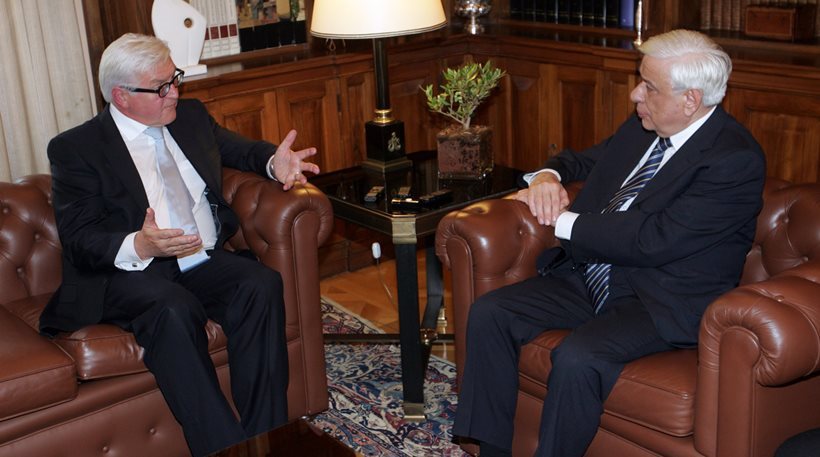 During the one-hour meeting, Tsipras reportedly told the German FM that the refugee issue is a problem that exceeds the capacity of only one country to deal with it. He also said dealing with the specific issue is a humanitarian duty, while cooperation with Turkey – where the bulk of refugees congregate before trying to enter Greece and other EU countries – is a priority, he reportedly said. According to sources, Tsipras said that the burden of managing the refugee crisis must be shifted to Turkey

“Greece is shouldering the burden of Europe’s humanitarian facade,” Tsipras said, while underlining that the Union’s support is necessary.

Turning to the economic front, Tsipras told Steinmeier that  July’s decisions are difficult but that the Greek government will implement the agreement it has signed.

“We don’t agree with many (items in the agreement), however, we want a sincere relationship with our partners,” he said.

On his part, the German FM referred to the need for strengthening bilateral relations, particularly in the terms of exports and trade.

In terms of the refugee issue, Steinmeier said refugee flows affect all of Europe, adding that he agrees that Turkey’s border protection must be increased.