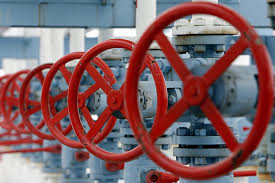 The liberalization of national markets through the establishment of an up-to-date and transparent regulatory framework promises to function as a catalyst for faster and more effective attraction of investors in the field of hydrocarbon exploration and production, Greek Energy Forum president, Alexandros Lagakos, noted during his speech at the third edition of the Adriatic and Balkans Oil and Gas Summit, a three-day conference in Athens that concludes today.

These reforms, combined with a better connection of Balkan markets through the development of infrastructure and compatibility of national regulatory frameworks, will provide impetus for the growth of national economies and further development in the area of hydrocarbon exploration, the Greek Energy Forum head told the conference.

According to Lagakos, the southeast Mediterranean region will need to invest in several key areas in order to develop into a regional natural gas market. Supply safety and diversification of supply source, was listed as one of these key aspects by the energy-sector official. At present, the region’s options, the official said, are Russia, LNG, the Caspian Sea – an area that has gained far greater potential for southeast Europe as a result of the development of the TAP (Trans Adriatic Pipeline) project – and deposits in the southeast Mediterranean.

Operational flexibility, for more effective risk management and highlighting of opportunities, for both consumers and suppliers, is also needed, Lagakos highlighted. Various means mentioned by the official that could be adopted to achieve operational flexibility include the establishment of trading hubs, as well as investment in natural gas storage facilities and LNG tanks.

According to Lagakos, revisions, more so than public spending, would be more effective in achieving the sector’s objectives.