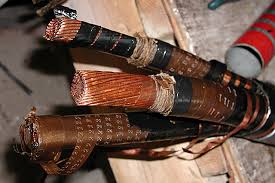 Joint venture Nexans-Atermon has been awarded a project to supply and install underground high-voltage cables and fibre optics in the wider Athens area by HEDNO, the Hellenic Electricity Distribution Network Operator.

The contract, awarded through a tender staged by HEDNO, is worth 8.89 million euros, down from an initial level of 10.29 million euros.

The project comes as a badly needed one for the listed Greek company. The prolonged recession and consequent financial restraints of companies and public utilities has had a profound effect on the sector and investments of this type. Highlighting the sector’s overall slowdown, the tender for this contract was launched back in 2013.

HEDNO’s initial budget for the project entails approximately three million euros for electrical engineering work and other related matters, while the remaining amount will cover the cost of all cables, measuring 17 kilometers in length, and fiber optics to be provided by Nexans ALKAT.

This project’s winning bidder also plans to submit an offer for an IPTO (Independent Power Transmission Operator) tender concerning the conversion of a 150 KV overhead transmission line linking Megalopoli and Kalamata in the Peloponnese into an underground connection. To require supply and installment for a 7.6-kilometer 150 KV connection, including fiber optics, the project has been budgeted at 7.2 million euros by IPTO.

Nexans Hellas, a member of the Paris-based multinational group Nexans, which controls 71.5% percent of the Greek subsidiary firm, operates a cable-producing plant in Lamia, central Greece, employing over 200 persons.

The company has attributed its slowdown in sales to reduced orders in Greece as well as export destinations such as north Africa and the Middle East, where the heightened political turmoil of recent years has affected business. Even so, in the nine-month period for 2014, the company managed to reduce its losses to 1.7 million euros from 2.02 million euros in the equivalent period a year earlier.