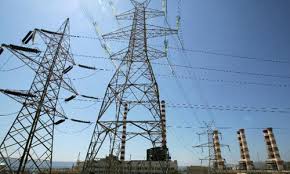 RAE, the Regulatory Authority for Energy, is currently experiencing operational problems as, over the past few days, its seven-member board has been reduced to four officials, without a president at the helm.

The recently departed president Nikos Vassilakos’s term with the authority expired just days ago, while the tenures of two other board members ended a couple of months ago. The three officials have yet to be replaced.

Job announcements for the two vacant board positions had been made by the previous government’s Environment, Energy & Climate Change Ministry, but, amid the turmoil of the snap elections, the process expired without any results. New announcements will now need to be made, while a job announcement for the position of president will also need to be made.

According to sources, Production Reconstruction, Environment and Energy Minister Panayiotis Lafazanis is not in a rush to fill the vacant board positions as he first wants to determine the authority’s new institutional framework, expected to diminish RAE’s authority, but not below minimum levels set by the European Union, before appointing new board members.

Reliable sources told energypress that RAE operates in a highly centralized manner, meaning that many operational and institutional problems are arising as a result of the authority being left without a head official.