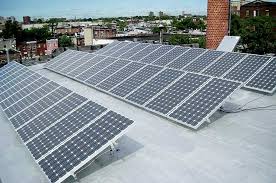 RAE, the Regulatory Authority for Energy, has decided to propose improved terms for self-produced photovoltaic electricity compared to an initial proposal by HEDNO, the Hellenic Electricity Distribution Network Operator, locally referred to as DEDDIE.

The RAE proposal, forwarded to the Environment, Energy & Climate Change Ministry ahead of an imminent ministerial decision on the sector’s net metering system, includes an increase to the net metering cap on self-produced photovoltaic electricity from 10 KW to 20 KW, as had been disclosed by energypress in a previous report.

Furthermore, the proposal offers more flexible installation terms, allowing for utilization not just of rooftop areas, but a range of other options, such as garages, gardens, even neighboring plots.

No revisions were proposed for terms concerning Emission Reduction Tariff (ETMEAR) and Public Service Compensation (YKO) surcharges imposed on photovoltaic self-producers. These are calculated on the basis of total electricity consumed. During preceding public consultation procedures, groups representing photovoltaic equipment manufacturers and suppliers had requested that photovoltaic self-producers be spared of these surcharges, believing that they stand as a disincentive for the domain’s further development.

Another proposal made by sector officials for a revision to enable photovoltaic utilization of rooftops belonging to third parties was also rejected. This is common in other countries where private-sector investors often develop photovoltaic production facilities on public building rooftops.