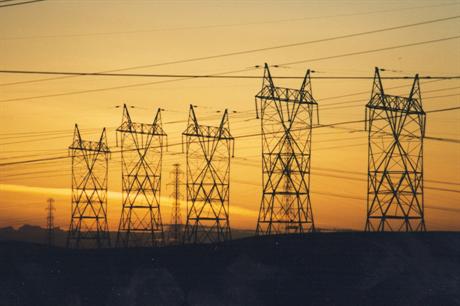 The interconnection of Crete, Greece’s largest island, with the mainland grid, has stood as a high-level priority over the past four years for RAE, the Regulatory Authority for Energy. Completion of this project, still a long way off, will spare consumers of electricity bill increases stemming from public service compensation (YKO) surcharges, added to cover the elevated cost of producing electricity at fuel-powered stations on islands not interconnected with the mainland grid.

According to RAE president Nikos Vasilakos, approximately half of the public service compensation surcharge being passed on to consumers at present results from power-generating methods being applied on the island of Crete.

Speaking today, at a signing ceremony for deals reached between IPTO, Greece’s Independent Power Transmission Operator – locally referred to as ADMIE – with consortiums for a project to interconnect the Cycladic islands with the mainland grid, Vasilakos noted that “a detailed study had been published in 2011 for the interconnection of Crete with the mainland grid, and, more generally, for optimal development of Crete’s electricity system, as well as reevaluations of scenarios concerning the penetration of natural gas on the island.”

The study, conducted by RAE and PPC, the Public Power Corporation, clearly demonstrated that the interconnection project stood as the best long-term solution for the island’s electricity supply, Vasilakos remarked.

For this reason, a request was forwarded to IPTO for the project to be included in its Ten-Year Transmission System Development Program, with an appeal for quicker-than-planned implementation by 2019 or 2020, if possible, the RAE head remarked.

“The efforts of parties involved, especially IPTO, at this stage, are being continued to resolve numerous issues produced by projects of such nature and reach,” Vasilakos commented.

Commenting on the interconnection project to link the Cycladic islands with the mainland grid, the RAE chief expressed his satisfaction over the development, while also declaring the step would serve as a precursor for all other major interconnections concerning the Greek islands in the Aegean Sea.

He described the project as a major step towards modernizing the electrification of the islands, which would upgrade the quality of the local environment.

The RAE chief congratulated his IPTO counterpart, Ioannis Giarentis, as well as the Environment, Energy & Climate Change Deputy Minister Asimakis Papageorgiou, who “with patience, perseverance, and systematic effort over the past two years, finally brought the coveted project to the contract-signing stage following two decades of fruitless efforts, all sorts of obstacles and setbacks. I would like to believe that this is a point of no return.”