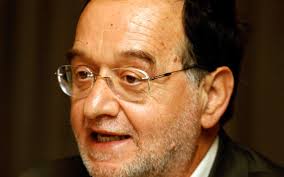 Yesterday’s appointment of Panayiotis Lafazanis as head of a new expanded energy-related ministry, the Ministry for Production Reconstruction, Environment and Energy, in the newly elected leftist Syriza-led coalition government, has already been interpreted by analysts as a move that will pull the plug on the ousted government’s attempt to privatize PPC, the Public Power Corporation.

As one of his first acts as Production Reconstruction, Environment and Energy Minister, Lafazanis – who heads the leftist party’s wing of euro sceptics, dubbed the Left Platform – is expected to submit a bill to parliament that will nullify previous legislation allowing for PPC’s privatization.

However, the new minister will need to come up with an alternative plan to liberalize access to the lignite market, in accordance with EU energy policy. The European Court has already delivered a verdict against Greece on the matter.

The appointment of Lafazanis as Production Reconstruction, Environment and Energy Minister ends all prospects of three PPC-related sales. An ongoing tender for the privatization of PPC subsidiary firm IPTO, the Independent Power Transmission Operator, can be considered prematurely ended. So, too, can the part-privatization attempt of PPC, through the establishment of “Little PPC”, representing 33 percent of the corporation, which would have been offered for sale. This would have been followed by a further sale of a 17 stake in PPC. But under Lafazanis, this, too, can no longer be considered a surviving plan.

These developments had long been promised by Greece’s new Prime Minister Alexis Tsipras in pre-election campaigning, and had already been discounted by the market, as the latest trading activity of PPC shares has indicated.

Lafazanis’s rise to the helm of this new superministry also marks the definite end to a long-lasting attempt at privatizing DESFA, the Natural Gas Transmission System Operator. The previous government’s agreement to sell a majority stake to Azeri buyer Socar had been paused by the European Commission for reexamination over EU energy security and competition concerns. But all that appears to be irrelevant now.

Lowering the cost of natural gas for households and the industrial sector is also believed to be high on the new minister’s priority list. Lafazanis is also expected to waste no time in revising the terms for hydrocarbon exploration and exploitation tenders, while he will swiftly reexamine Greece’s role in the various natural gas pipeline infrastructure projects.

The new minister is also expected to abolish TAIPED, the State Privatization Fund, and return to the state energy corporation shares held by the fund.

Contrary to free-market economics, Syriza has also pledged to fight energy-related poverty, as indicated by a pre-election promise by the leftist party to offer free electricity to 300,000 struggling households.