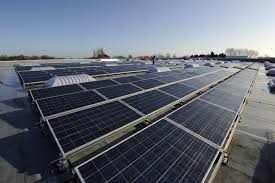 The prospect of an increase to a net metering cap imposed on self-produced photovoltaic electricity, from 10 KW to 20 KW, as proposed by a committee formed by the Environment, Energy & Climate Change Ministry to examine various PV matters, seems highly likely.

RAE, the Regulatory Authority for Energy, which had launched public consultation procedures for the results of a study conducted by the committee, will now forward its opinion on the matter to the deputy minister, who will then proceed with a ministerial decision.

According to energy press sources, sector authorities, including officials at the ministry, have established positive opinions on many of the proposals forwarded during the public consultation process. It appears likely that, besides households, business-related buildings will also be able to utilize roof-mounted photovoltaic electricity production, with the net metering upper limit for this category to also be lifted to 20 KW from 10 KW. It is believed that an even higher net metering upper limit could be set for public buildings.

If adopted, the net metering upper limit increase may receive official Energy Ministry approval within the next few weeks.