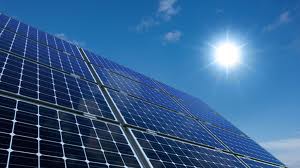 A sizeable portion of investors whose applications for photovoltaic production permits – concerning large projects – from RAE, the Regulatory Authority for Energy, were cut short by a government decision to suspend new investments in the sector, have revalidated their interest despite downward tariff revisions.

The suspension, implemented following a government decision in December, 2012, was eventually lifted and RAE called upon investors to revalidate their applications, if still interested, by September 12, based on new terms established through the so-called “new deal”, obliging photovoltaic projects to accept feed-in tariff cuts.

Despite the renewed interest expressed by some of the older applicants, market pundits believe that tariffs of between 60 to 65 euros per MWh for producers, expected to apply in 2015, make photovoltaic project development unfeasible.

According to energypress sources, of 270 pending photovoltaic permit applications that had been made with a total capacity of about 4 GW, investors for 66 projects revalidated their bids, representing about 1 GW. Most of these prospective projects are over 1 MW, while some aim for capacities well into double-digit figures. All remaining original applications, which were either not revalidated by investors or resubmitted with incomplete details, have been rejected.

Investors who had submitted older applications for smaller photovoltaic facilities – or units with a capacity of less than 1 MW, which do not require RAE operating permits, but only acceptance of connection terms offered by HEDNO, the Hellenic Electricity Distribution Network Operator, locally know as DEDDIE – more or less snubbed the request to revalidate their interest. Some 12,000 applications had been submitted for small photovoltaic projects. Based on the current tariff terms, development of small units producing capacities of about 100 KW is unfeasible.