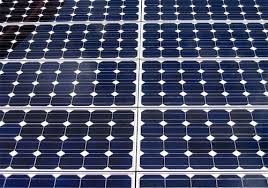 HELAPCO, the Hellenic Association of Photovoltaic Companies – locally known as SEF – has delivered a series of proposals as part of ongoing public debate seeking ways for a return to growth in the country’s largely stagnant photovoltaic sector.

Greece’s photovoltaic sector enjoyed phenomenal growth over a three-year period before plunging into a devastating crisis in 2013 that deteriorated further in 2014. Investment activity in 2014 plunged to 1.5 percent of the total reported in 2013, while thousands of jobs were lost in the sector.

“This year will be particularly crucial for the entire country. Decisions to be made in the immediate future will determine whether there will be a return to growth or not for many sectors of the economy,” HELAPCO noted. “The photovoltaic market is currently not only faced by new challenges and objectives but, unfortunately, extremely low tariff rates for photovoltaic production – so low that they cannot guarantee the sustainability of investments made.”

At the same time, positive measures such as the promotion of self-production through net metering – it will enable electricity consumers who generate their own power from an eligible on-site facility and deliver it to local distribution facilities to offset the electric energy provided by the utility during an applicable billing period – are not not being implemented in practice as a result of unjustified delays by HEDNO, the Hellenic Electricity Distribution Network Operator, noted the photovoltaics association.

HELAPCO pointed out that HEDNO had not yet given the green light for net metering applications by interested parties, even though two months have elapsed since a ministerial decision was established.

HELAPCO’s proposals include bolstering feed-in tariffs for systems over 500 kWp and feed-in premiums for bigger systems. Another proposal by the photovoltaic association entails chanelling 50 percent of revenues generated by emission rights auctions between 2016 and 2020 into the renewable energy sources (RES) special account.