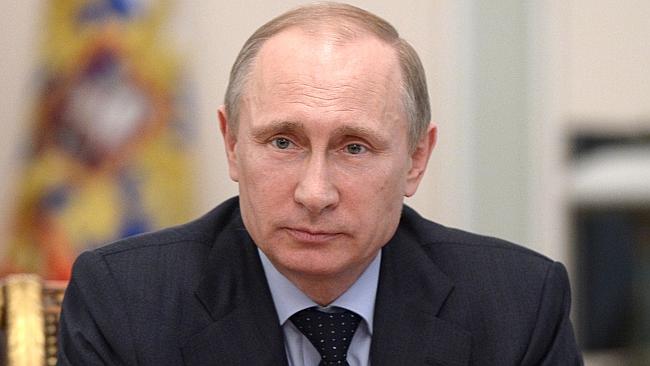 Last time Russian President Vladimir Putin had made an official visit to Athens was in 2007 for the signing of an oil pipeline linking the Bulgarian coastal city of Burgas with Alexandroupoli in northeast Greece. The Russian leader’s next scheduled visit to the Greek capital, this coming Friday and Saturday, will be his first to an EU member state in over a year. According to an official statement released by the Kremlin, matters of bilateral economic interest and investments, including joint energy-sector projects, will be discussed.

Putin will arrive in Greece ten days after the Thessaloniki ceremony held to launch work for the local segment of TAP (Trans Adriatic Pipeline), a natural gas project that contravenes Russia’s regional energy interests, as it is planned to primarily supply Azeri natural gas to European markets.

Over the past couple of years, Russia has reacted to the TAP prospect by proposing projects to help safeguard its energy supply interests in Europe’s southeast, such as South Stream or Turkish Stream. Moscow will need to come to terms with the idea of energy supply competition in the Balkan and Italian markets as of 2020.

South Stream 2, Russia’s most recent gas pipeline proposal for the region, which, according to its latest version, would utilize an older Greek-Italian ITGI plan for a route across the Adriatic Sea, will be discussed during Putin’s upcoming visit, market officials have informed. However, spectacular developments are not expected as the case is a low-priority item on Putin’s agenda at this point in time. Russia is currently focused on developing Nord Stream, a natural gas pipeline in Europe’s north.

The Russian head’s visit to Athens is expected to focus on bilateral trade prospects, including boosting Greece’s exports to Russia and increasing Russian investments in Greece – if privatization and energy partnership plans in the fields of energy, infrastructure and transportation progress.

Ties between DEPA, the Public Gas Corporation, and Gazprom are in excellent shape. The two sides recently completed talks for the renegotiation of gas supply prices, currently at the most competitive level in years.

Rumors have recently been rife in the local energy market about an upcoming announcement for the construction of a new lignite-fired power station in Florina, northern Greece, by a Russian company. This prospect is linked to a pending issue that will offset Greek benefits gained from a favorable older Russian natural gas supply deal. A plan for Russian companies to construct hydropower stations in Sykia and Pefkofyto, alongside the Achelous River in Greece’s northwest, was never carried out as a result of technical problems concerning the river’s dam.

A proposal has been tabled for PPC and Gazprom to join forces and construct a lignite-fired power station in Florina, which would utilize a regional coal mine in Vevi. This prospect is complicated and still at a premature stage.

Announcements on the expansion of existing trading ties between ELPE (Hellenic Petroleum) and Russia’s Rosneft could be made during Putin’s visit. The two sides have been engaged in talks over the past month.