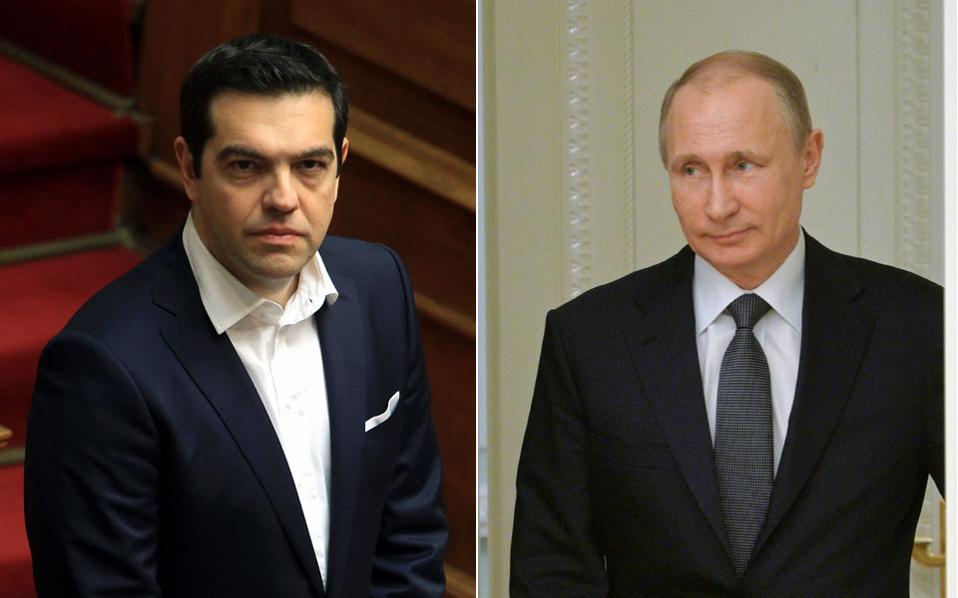 Russian President Vladimir Putin will be in Athens on Friday to meet with Prime Minister Alexis Tsipras and sign a series of declarations and agreements on energy, tourism, technology, and science, government sources said.

Putin is arriving at the Greek capital in the afternoon and will immediately meet President Prokopis Pavlopoulos. He will then be welcomed at Maximos Mansion for a private meeting with Tsipras, which will be followed by talks with the two delegations.

According to the same sources, the Russian president is visiting Greece as part of the Greece-Russia Year and following Tsipras’ visit to Moscow and St Petersburg in 2015 and Pavlopoulos’ visit to Moscow in January.

The agenda of the two leaders and their delegations will focus on: 1) Strengthening bilateral economic and trade relations (attracting Russian investments, promoting Greek products, mainly agricultural, energy and tourism), 2) upgrading political dialog on international and regional developments, as well as EU-Russia and NATO-Russia relations, 3) Cooperating on culture, education, science and technology.

Putin will be accompanies by a numerous government delegation that will include the ministers of foreign affairs, energy, transport, culture, economic development, agriculture and the government spokesperson. The delegation will also include the CEOs of gas and oil giants Gazprom and Rosneft, as well as other businessmen.