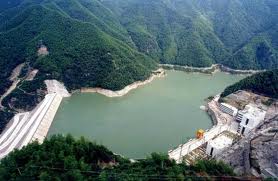 Local energy market authorities have admitted they fear that the potential of pumped storage technology, a method successfully applied in large-scale electricity storage, internationally, over the past fifteen years or so, will remain unutilized in Greece, for no apparent reason, in comments made to energypress.

A thorough instutional framework for pumped storage stations proposed by RAE, the Regulatory Authority for Energy, has been shelved at the Ministry of Environment, Energy & Climate Change, where it has sat idly over the past year, despite official interest declared by investors for the development of such stations.

Pumped storage power plants are ideally suited worldwide in helping to even out frequent changes between electricity shortages and surpluses.

The inexplicable delay of this solution’s development in Greece is detrimental to the further penetration of renewable energy sources (RES) into the local energy mix. The lack of action also runs contrary to declarations made by the country’s political leadership and the Energy ministry in support of a bolstered RES standing in Greece’s energy balance, which has been described by authorities as a strategic objective. The primary purpose of operating pumped storage power plants is to minimalize unutilized RES production, both regionally and for the entire grid.

“Pumped power storage is highly reliable, both technically and economically, completely environmentally friendly, and may be easily implemented in areas where the landscape and water availability allows,” Giorgos Peristeris, the CEO at the GEK Terna Group, whose activities include energy and construction, noted at a recent Athens conference on the Greek economy, staged at the Hellenic-American Chamber of Commerce. “The State will need to facilitate actualization by finalizing the legal framework surrounding pumped power storage, and also incorporate it into the new National Strategic Reference Framework (NSRF) [EU funding program],” the GEK Terna head added.