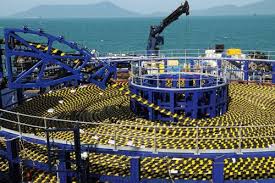 Despite Production Reconstruction, Environment and Energy Minister Panagiotis Lafazanis’s insistence that IPTO, the power grid operator, will not be sold under any circumstances, a position also backed by the entire government, which wants the country’s networks to remain under state control, the prospect of IPTO’s privatization has reemerged on the negotiating table as Greek officials struggle to reach a new bailout deal with the country’s creditors.

The privatization effort had been launched by the previous administration, which planned to sell a 66 percent stake in IPTO, locally known as ADMIE. But the procedure stalled after the leftist Syriza-led coalition was elected into power in January.

Unlike other privatization plans, the IPTO sale differed in that it was not being held through TAIPED, the State Privatization Fund, but power utility PPC, the grid operator’s parent company. The plan entailed selling the entire 100 percent stake. Besides the 66 percent offered to private investors, the remaining 34 percent would have been acquired by the Greek state.

Amid the country’s current conditions, the interest of four prospective buyers that had emerged – Italy’s Terna, Belgium’s Elia, China’s SGCC, and the Canadian fund PSP – is believed to have waned. However, certain sources contend SGCC has maintained a fervent interest and is prepared to accept revisions to the privatization plan, including a minority stake offering. This, however, is widely viewed as an unlikely development.

Other sources support that a number of alternatives are being examined. One of these entails the involvement of private-sector capital in specific projects planned by IPTO, which the operator would have trouble financing alone. Just days ago, SEV, the Hellenic Association of Industrialists, made such a proposal – at an event focused on the EU’s 315 billion-euro investment fund launched last November by European Commission president Jean-Claude Juncker – for Greece’s planned submarine cable interconnection project to link Crete with the mainland, a project whose budget may exceed one billion euros.

The Production Reconstruction, Environment and Energy Ministry has not adopted a position, either officially or unofficially, on the possibility of IPTO collaborating with the private sector for project development.

IPTO is expected to complete procedures concerning the appointment of its new board within the next few days.