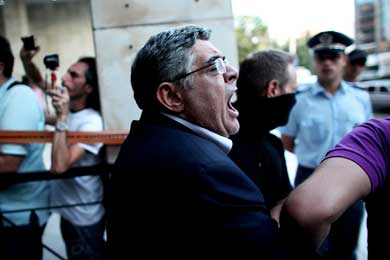 A prosecutor on Wednesday rejected a request by six jailed Golden Dawn MPs to attend ongoing parliamentary proceedings for a vote of confidence.

The request was made by party chief Nikos Michaloliakos, as well as Christos Papas, Ilias Kasidiaris, Yiannis Lagos, Giorgos Germenis, and Nikos Kouzilos who remain in custody pending trial of belonging to a criminal organization.

The 3-day debate is set to conclude on Friday with a vote. The conservative-led coalition government holds a narrow majority of four seats and is expected to win the vote in the 300-seat Parliament